2017 was the 500th Anniversary of the start of the Reformation in Europe. To mark the occasion, a number of initiatives were undertaken in Oxford, including the digitisation of Reformation Pamphlets by students of the History of the Book method option for the MSt in Medieval and Modern Languages. 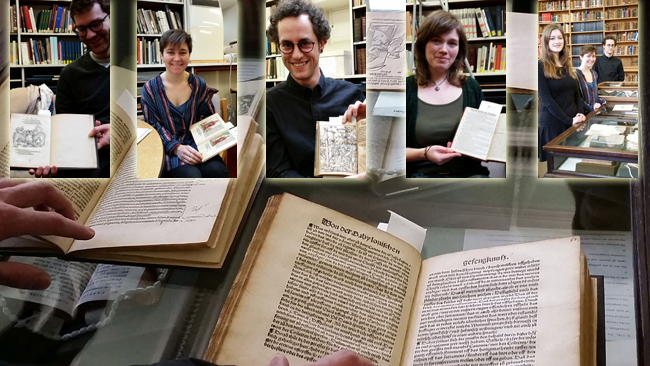 The texts, originally published on a blog, were launched by the Cultural Attaché of the German Embassy, Ms Charlotte Schwarzer.

Other initiatives for Reformation 2017 included:

The Taylor Institution Library acquired the greater part of its significant collection of Reformation texts and pamphlets in the 19th century at the suggestion of Professor Friedrich Max Müller (1823-1900), who, although better known as an Orientalist and Professor of Comparative Philology, was also the Taylorian’s second professor of Modern European Languages. The librarian, Dr Heinrich Krebs (1844-1921), a native of Darmstadt in Germany, was able to acquire many as duplicates from German libraries, notably from Heidelberg in 1878.

The following pamphlets are available as Taylor Editions:

Accompanying the Digital Editions is a series of print-on-demand publications published by the Taylor Institution Library. So far two Reformation Pamphlets have been published in print, with more to follow. They have been well received with a number of excellent reviews.

The following texts are among the Special Collections held by the Taylor Institution Library.